The Story of Mojo 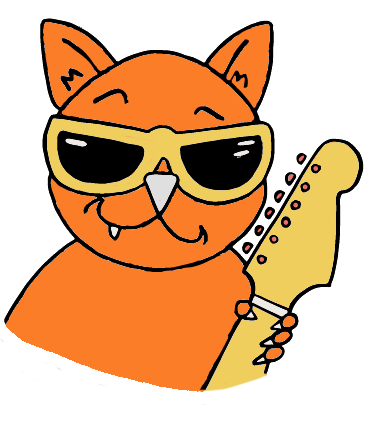 The Legend of mojo

Mojo the space cat from the planet Intonate saw that earth needed more music and less video games and social media. He decided it was time to create a music school that was fun and inviting. He summoned his friends from across the Universe to help him in his conquest, Mojo had to put down the catnip and get to work.

He needed a beat specialist, a rhythm marvel, a syncopated lord of the drums. He found the Deiffenbach, a mythical creature from a the nether world of Djent with powers beyond any known force of nature

Next was the McInnis, a guitar master from the 12th dimension of Shred who has the the power of killer tone and a magic whammy bar that allows him the control the flow of coolness by bending light and sound.

Finally, Mojo then summoned Papa bear from the valley of Rothgaber, from the planet called Theory. A classically trained musician with the voice power of a sonic boom and the finesse of a ballet dancer on the ivories.

Combined, the power of fun and musical knowledge was unparalleled in any known universe.